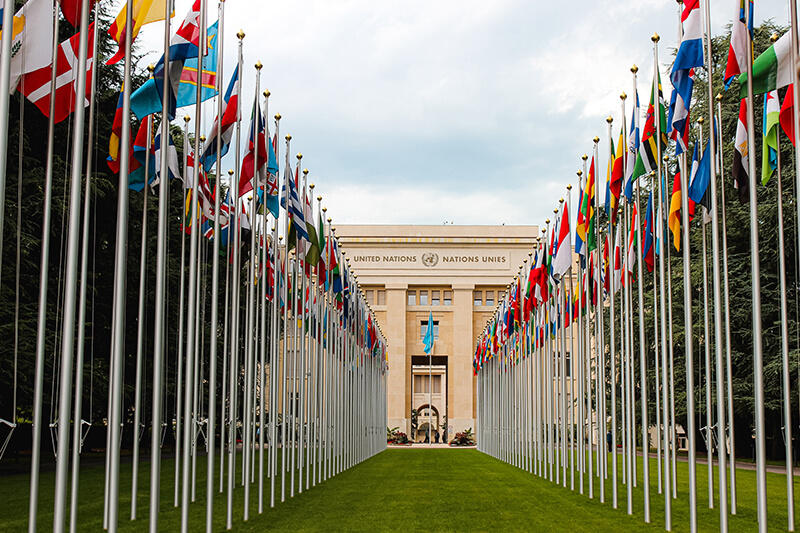 This year marks the fourth anniversary of ICAAD’s UN Economic and Social Council (ECOSOC) Consultative status. Consultative status provides unique access to ECOSOC and other UN human rights mechanisms. As a human rights organization guided by international human rights law, we at ICAAD have used this status to engage with the UN on multiple levels. While we couldn’t be at the Commission on the Status of Women this year since it was cancelled due to the COVID-19 crisis, we thought we’d take a trip down memory lane to highlight some of our work at the UN.

In 2016, we attended events in New York hosted by the UN Foundation as an introduction to our consultative status. We also took action in response to a violation of the Convention Against Torture. We brought a case to the U.S. Ninth Circuit Court of Appeals for the Indian government’s failure to uphold its legal obligations to the United States under an extradition agreement, and under international human rights law.

In 2017, we got involved with the Commission on the Status of Women (CSW), one of the main organs of the UN focused on gender equality, and attended the 61st session. We also worked with our local partners in Fiji in connection to UN human rights mechanisms by submitting a revelatory parallel report to the CEDAW committee.

In 2018, we came back to the 62nd session of CSW in New York and collaborated with UN Women and UNDP in Fiji and Samoa to strategize around our TrackGBV program. We also submitted to various UN human rights mechanisms.

In 2019, in addition to engaging at the 63rd session of CSW, we joined a working group of the Feminist and Women’s Movement Action Plan for Beijing +25. We also met with representatives from the UN Development Program and the International Office on Migration in Micronesia and the Marshall Islands to map human rights concerns in relation to the Compacts of Free Association.

This year, we developed and taught a human rights course with 23 Graduate students at Columbia University in New York centered on the international human rights treaties. We also submitted to the CSW Communications Procedure.

Engaging with UN bodies is important, but we have also developed an innovative approach to supporting the Sustainable Development Goals (SDGs) and human rights through TrackSDGs. Using machine learning techniques, we map qualitative UPR recommendations around states’ human rights obligations to the quantitative SDGs to reveal risk and opportunity in allocating resources to any specific SDG in any country. Inspired by our work with the UN, the innovative algorithm creates a human rights dataset for organizations and corporations seeking to invest or engage in different countries to maximize efforts to uphold human rights and the SDGs.