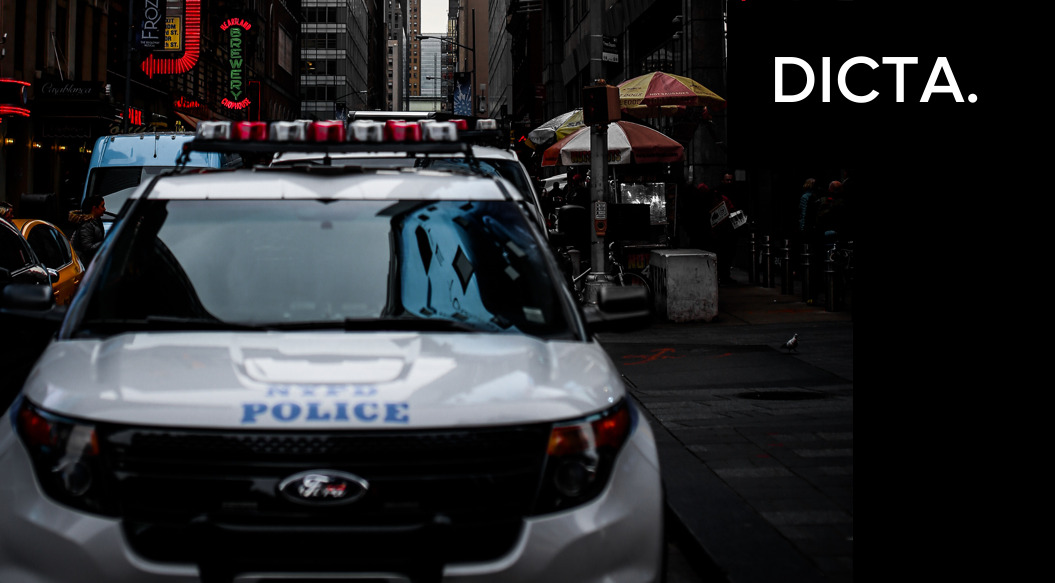 The newly launched Dicta poetry exhibit unearths the persistence of injustice and highlights, among other injustices, the lack of genuine desire for police accountability. Two poems in particular, LA v. Lyons and Graham v. Connor, illustrate the legacy of police impunity and the inability and unwillingness of police to promote public safety for all.

Almost forty years later, this legacy lives on in the police murder of George Floyd at the hands of Derek Chauvin. While Chauvin was charged and convicted of murder, the case is added to a short list of exceptions to the rule. There are over 1,000 fatal police shootings each year, and since 2005, only seven officers have been convicted of murder – now including Derek Chauvin. The conviction is an isolated win, but it leads us to question whether our current system is capable of delivering justice beyond exceptional cases.

Now over a year after George Floyd’s murder, our outrage as human rights advocates remains fresh, and we are still asking when there will be any systemic change in policing in the U.S. Convictions and policy wins at the local level by hard-fought organizing still beg the question– is there any substantial interest in police accountability at the national level? 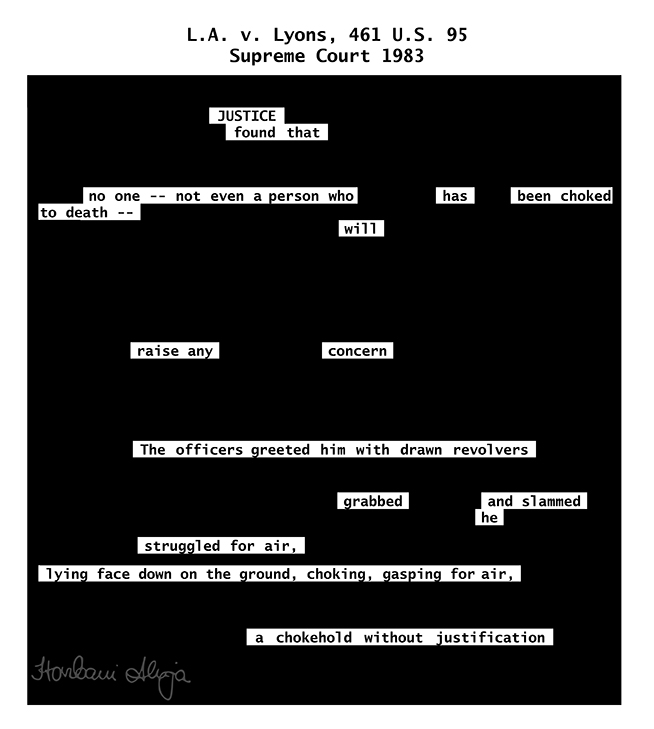 Those protesting all last year as a part of the Black Lives Matter movement were calling for more than increased funding for uncreative reformist reforms. The popularized slogan, “defund the police” is a direct and strategic response to the decades of giving more and more funding to expand and further militarize police while hoping they will hold themselves accountable.

“In 2020, over ten percent of police killings began with a traffic stop…”

Thinking systemically, we must understand where and how policing has and continues to fail. In the poem, the reference to “without justification” speaks to the facts of the case in LA v. Lyons. The plaintiff, Adolph Lyons, was pulled over by four white police officers for having a broken tail light. This was 1976. In 2020, over ten percent of police killings began with a traffic stop as well.

The most common interaction people have with police officers is through traffic enforcement, and police continue to target communities of color and have failed to even feign interest in de-escalation and non-violent tactics. LA v. Lyons reinforced the notion that violence is a privileged tool for police, and if misused for any reason, there would be no serious consequences for the officer. Police officers are free to use chokeholds and countless lethal tactics to promote “public safety.”

If another government entity was empowered to implement traffic enforcement, accountability for murdering civilians would be no question. They would not be allowed to use chokeholds or other lethal tactics, and in 2020 alone, the 120 victims of police murder following a traffic stop would still be alive.

The police have proved incapable of upholding public safety, and their track record in traffic enforcement is just one example. But it doesn’t have to be this way. While the police will not hold themselves accountable, we have options. Many cities around the country have already begun disentangling traffic enforcement from policing, which when paired with corresponding budget cuts to police departments, reduce the opportunities people have to engage with police.

A systems approach to police violence means knowing where the problem is and where we can make change. Calling on the police to change their ways has failed for decades, and while there have been isolated wins, more often than not, the cases that reach the courts reinforce police impunity. However, those are not our only options. We have budgetary tools and the power to imagine real public safety in our hands – for example, traffic enforcement without police. The question is for all of us – what else will it take to reimagine public safety?

See Dicta in the ABA Journal