In a random selection of 50 students from the 246 students who attended the gender-based violence education and sensitization initiative in Ghana, “From Peace in the Home to Peace in the World: Make Education Safe for All!” we found that 88% of students suggested that the curriculum be added to social studies classes in school.

The gender-based violence sensitization material, which included information on rape, harassment, bullying, child labour, and child trafficking was new for 42% of students, with 58% having been exposed to some of the material previously. A vast majority of the students expressed an interest in sharing the material with family and friends. 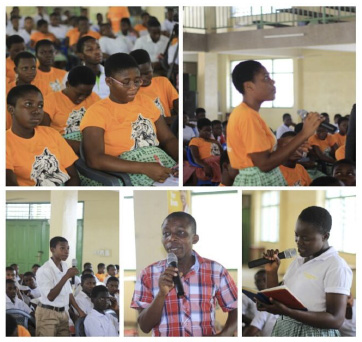 Finally, the suggestion that there be a “Safe Space Champion,” a designated person in the school who students could reach out to for help with GBV, was very well-received and a number of teachers were nominated by the students. This was one of the takeaways from the program, as Nimbus plans to the monitor the selected Safe Space Champion’s work with the school’s management body. 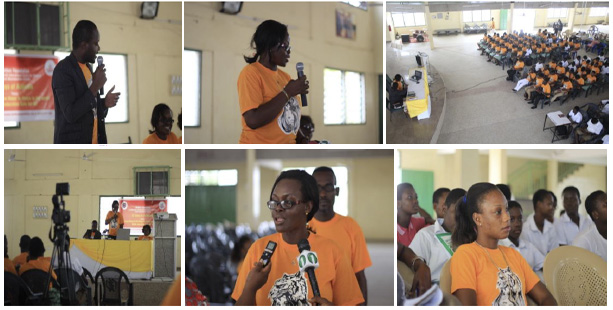 The program by the Nimbus Foundation and ICAAD was held on December 5, 2015 at the Nungua Senior High School in Accra, Ghana as part of our #HearHerRoar campaign and for the 16 days of activism against gender based violence. Attendees included 246 Students, 2 Teachers and 8 Media Personnel, and the program was covered by 6 television and radio outlets.