On November 29, we launched the TrackGBV Dashboard with four leading gender justice advocates. The Dashboard visualizes the review of 3,500+ cases from across the Pacific region tracking gender bias and discrimination in gender-based violence (GBV) sentencing decisions. By making judicial decision-making more transparent, the TrackGBV Dashboard facilitates training and advocacy for more consistent and equitable decision-making. The Dashboard is made possible with support from our partners Clifford Chance, Manatt, Linklaters, Conduent, and Tableau.

The panelists spoke to the process of building TrackGBV and what ICAAD has been able to do even before the launch TrackGBV Dashboard. They also shared about how ICAAD’s trainings have been effective in building momentum in shifting mindsets and paving the way for policy reform. While challenges remain in smaller states in the Pacific and places where access to case law is sparse, the program will continue building the data set and working with grassroots advocates and judiciaries to ensure access to justice for all survivors. TrackGBV started in the Pacific, but we also heard from Barbados High Court Justice Jacqueline Cornelius about plans for expanding TrackGBV to the Caribbean.

The Dashboard is live and available to anyone to explore the current data available. At this stage, we have data for Fiji, Papua New Guinea, and Samoa. We will be including data for Vanuatu, Solomon Islands, Tonga, Marshall Islands, and Nauru in the coming months as well as adding additional features. Subscribe to our newsletter to be notified when the Dashboard is updated. 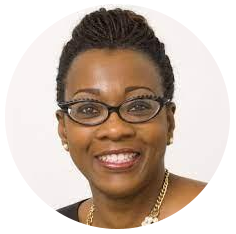 Justice Jacqueline Cornelius was appointed as a High Court Judge in Barbados in 2006, after 18 years as a practising attorney-at-law. Prior to this, Justice Cornelius was a Lecturer in Law in the Faculty of Law at the University of the West Indies.

Justice Cornelius has a deep interest in judicial education and specialist courts. As Chair of the Family Law Council since 2007, she has spearheaded the creation of the Family Court in Barbados. She was a member of the Sexual Offences Advisory Committee and the Committee to draft the Gender Protocol for Caribbean judges, and has drafted the Barbados Gender Protocol. She is a frequent speaker on gender, sexual harassment and violence and family law, and has presented papers both locally and regionally on these topics. 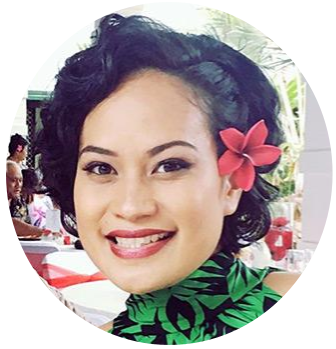 Loukinikini Vili is the Director of Human Rights at Samoa’s Office of the Ombudsman and the National Human Rights Institution. She is a lawyer by trade and a passionate human rights advocate. Kini was also a part of the TrackGBV Train-the-Trainers cohort in Samoa, and she shared a bit about that experience and how she and the training cohort are planning to take it forward. 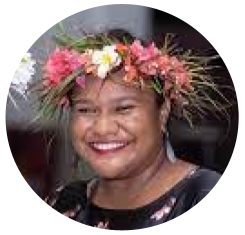 Teresa is the Executive Director of the Tuvalu Family Health Association (TuFHA). Teresa shares some of the challenges that remain in countries like Tuvalu and the innovative work she and the GBV working group have been doing to address them. 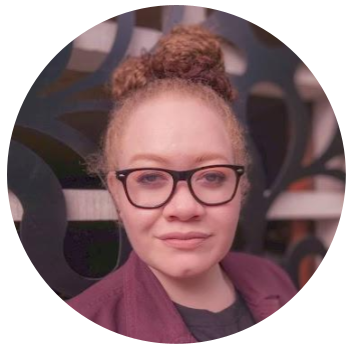 Laisa Bulatale is the Research Officer at the Fiji Women’s Rights Movement (FWRM). Laisa has been involved with the Dashboard from leading FWRM’s internal case law analysis and providing early feedback on the Dashboard.

Stay tuned for more updates on TrackGBV by subscribing to our newsletter.