Using AI as a Tool for Nuclear Justice 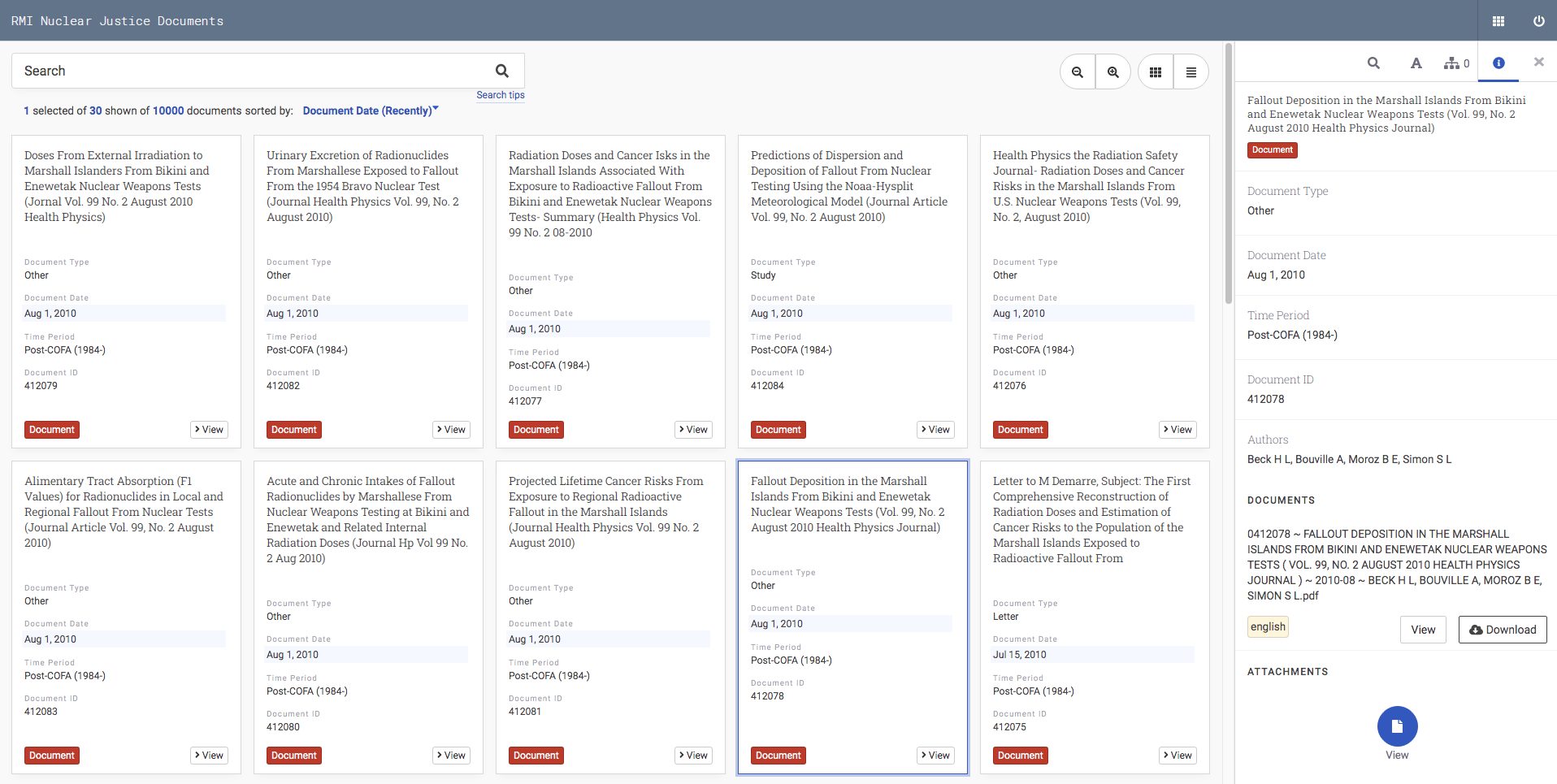 Equipping Marshallese leaders and activists with a searchable database of declassified documents from U.S. nuclear testing in the Marshall Islands (RMI)

Between 1946 and 1958, the U.S. carried out the largest nuclear weapons testing program in the world in the Marshall Islands (RMI). The RMI is located in the North Pacific, halfway between Hawai’i and Indonesia. The U.S. colonized the sovereign islands in their imperial campaign after World War II, and the RMI declared independence in 1986.

During the nuclear testing program, the U.S. detonated over 67 weapons with some explosions more than 1,000 times more powerful than the atomic bomb dropped on Hiroshima. In fact, if the combined explosive power of the tests was evenly distributed over a 12-year period, it equals 1.6 Hiroshima-sized explosions per day. At least six islands were vaporized, and debris and radioactive fallout polluted the land, air, and sea across the northern Pacific region throughout the 12 years of testing.

Details about the U.S. nuclear testing program were revealed in 1994 when the U.S. Advisory Committee on Human Radiation Experiments (ACHRE) declassified a trove of documents. The 13,213 documents detail the horrific consequences of the nuclear tests and human radiation experimentation in the RMI. While the U.S. government released the documents in 1994, the size of the document set and the lack of searchability have made it difficult for advocates to systematically review them.

The first step towards repair is understanding the harm caused. Over the past few months, we have worked with our partners, including ICAAD Advisor Jesse Dunietz, to use AI to preserve the record and make it accessible to nuclear justice advocates. We used machine learning in the form of Optical Character Recognition (OCR), to make the documents searchable in an open-source database, Uwazi (which ICAAD partnered in developing with HURIDOCS in 2017). The database will be used by Marshallese leaders, activists, researchers, and the general public to understand the history of the injustice that was the U.S. nuclear testing program and to advocate for nuclear justice.

Check out the database of documents here.