Today is Juneteenth, marking the day in 1865 when a Union Army general arrived in Texas with 2,000 soldiers, and informed over 250,000 Black Americans enslaved in Texas that slavery had been abolished following the conclusion of the Civil War. This was two and a half years after Abraham Lincoln’s Emancipation Proclamation had declared that “all persons held as slaves … henceforward shall be free” (and 3 months after Lincoln’s assassination).

Texas had remained a Confederate state until 1865, when slave owner and Confederate Robert E. Lee finally surrendered to the Union Army, and the Union took control of Texas. Statues of Lee and other Confederates continue to disgrace cities around America and he’s one of the three figures defacing Stone Mountain in Georgia, as part of the Confederate Memorial Carving, the largest relief sculpture in the world.

Emancipation was a first step of many that Black Americans would undertake in their struggle for equal rights, a struggle that is just as relevant today as it was from 1865-1965 (Jim Crow law era), and following the passage of the Civil Rights Act of 1964. This Juneteenth, we’re reflecting on the continuing struggles of Black Americans to live in freedom without a fear of being killed.

Like many Americans, we are torn between anger at police brutality conducted under a banner of protect and serve, and frustration that it is taking constant video footage of people being killed, combined with sustained protests, to make our leaders even consider any steps towards demilitarizing police and funding strategies that actually serve the public.

At the same time, we are filled with hope and optimism in seeing the massive amount of support and attention that people around the world are paying to the Black Lives Matter movement, and recognizing systemic and structural discrimination.

As Dr. Martin Luther King, Jr. said, “the arc of the moral universe is long, but it bends toward justice” — it does so because people, like you, care to stand up for equal justice and human rights.

ICAAD is constantly exploring and implementing solutions to disrupt structural discrimination. We’re providing a few resources below for you to explore and take meaningful action.

Demand Justice for Black Lives Now is a comprehensive resource put together by our colleagues at the Action Lab at Columbia University. The document draws upon the wisdom of activists from the Black Lives Matter movement and activists on the ground in Minneapolis, Chicago, New York, and several other cities.

#PrayingWhileBlack, an article written in 2015 by ICAAD Board Member Courtney Cogburn, PhD, shortly following the racially motivated murder of nine black churchgoers by Dylann Roof. Originally submitted as an op-ed to several national publications, it was turned away because its “tone” was too strong for mainstream outlets. We refused to edit the article because the piece justly asks difficult questions and challenges the reader to think about systems in relation to scientific evidence. 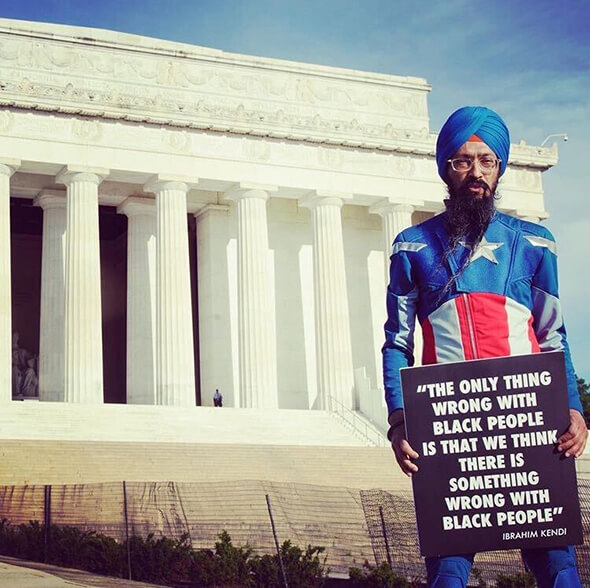